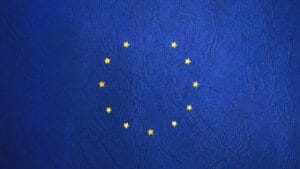 BREXIT: How will it impact you and your finances?

Will this affect my savings?

Just in case your bank goes bust, you’re protected for up to £85,000 by the Financial Services Compensation Scheme. This is per financial institution; however, this is provided by a bank that is the UK regulated. This has been the case before Brexit, and it will be the case following Brexit. The amount of £85,000 may change however following Brexit you’ll still be covered by the scheme. The reason being is that the EU has ruled that €100,000 must be provided, so currency changes may make the amount fluctuate.

What about the value of the pound (£)?

The value of the pound will remain unchanged. Experts have suggested this off the base of the Conservative Party’s triumph in the general election. To stay keyed in with the future state of the pound’s value, watching the trade deal negotiations would be a smart idea. Howard Archer, of economic forecasting group EY Item Club, has suggested this.

Do I need a new blue UK Passport?

To your advantage, No. No change is happening to the British passport. The standard EU burgundy ones have already started to be replaced with blue covers though. All passports issued from the middle of this year will be blue anyway. So, expect to see a gradual visual change over time.

Everyday tariffs aren’t the issue with Brexit – the roaming costs are the issue. Roaming basically is when you’re using your phone overseas. Ever since 2017, UK mobile users have for the most part been able to use the texts, minutes and data included on their tariffs when voyaging in the EU.

It has been vice-versa for consumers from other EU countries when coming to the UK. As we left the EU on January 31st, we’re within this transition period ‘til the end of the year. Practically, the entire set of EU regulations and rules (which contain mobile roaming anywhere in the EU) will remain to be implemented. The future agreement on the UK’s financial relationship with the EU will determine whether this will change but it may include limits to or the cancellation of mobile roaming charges.

Can I drive in Europe?

Driving in Europe after 2020 will require you to have an International Driving Permit. Don’t worry though – they’re cheap. International Driving Permits are only priced at £5.50. Plus, you can pick one up from a local post office. Please note to check which one is needed as there are different types for different countries. So, ensuring that you have the correct permit is essential.